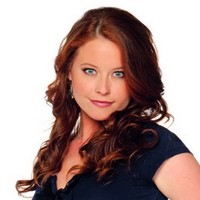 (SoapOperaNetwork) — A look at what’s happening on “One Life to Live” during the week of February 7, 2011.

Bo and Clint show anything but brotherly love toward one another on Monday, February 7. Charlie and Viki decide to agree to disagree regarding Echo. Blair is intrigued by Tomas. Todd shares some news with Tea and Dani. And later, Dani and Nate contemplate telling Ford the truth. On Friday, February 11, “OLTL” re-airs Todd and Blair’s 1995 gold balloon wedding, which features Roger Howarth as Todd Manning.

The Inside Story: A Day of Infamy
Marty’s visit leaves John rattles, however he gets some good advice from his old buddy Pete on Monday, February 7. Brody makes a decision. Natalie confides in Gigi. Brody grows concerned while at the church. Vimal crashes the wedding on Tuesday, February 8. Charlie and Clint nearly come to blows. Shaun, Brody, and John try to keep the peace. Rex and Gigi search for Charlie. Brody and Jessica receive some horrifying news. Charlie is about to fall off the wagon. John becomes suspicious of Natalie, who is backed into a corner. Brody blames himself for what happened to Jessica and makes a revelation. Natalie is forced to come clean. Brody tries to reassure Jessica. And John decides his future on Thursday, February 10.

A Closer Look: Broken Hearted
Cutter and Aubrey try to cover their tracks on Monday, February 7. Meanwhile, Starr becomes a single woman and gets a boost of confidence from Langston. James and Michelle decide to take their relationship to the next step, only to receive a surprise visitor. Langston and Ford talk about Starr and James. Starr assumes the worst. Clint gives Kelly a present on Wednesday, February 9. Kelly’s plan backfires. Aubrey mistakenly confronts Kelly. And Starr and James are lonely.