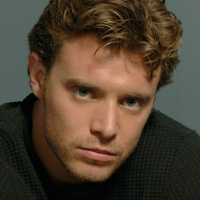 (SoapOperaNetwork.com) — Has “The Young and the Restless” found the perfect Billy?

Billy Miller, 28, has been cast in the role of Billy Abbott, son of Jill Foster Abbott (Jess Walton) and the late John Abbott (Jerry Douglas), on CBS’s “The Young and the Restless.”

The role of Mr. Abbott was most notably played by David Tom, 30, sister of soap legend Heather Tom (ex-Victoria Newman, Y&R; ex-Kelly Buchanan, OLTL; and current Katie Logan, B&B), from 1999 to 2002. Tom won a Daytime Emmy for Outstanding Younger Lead Actor for his work in the role in 2000. Ryan Brown and Scott Seymour would play future incarnations of Billy Abbott but neither actor caught on with the audience. A “Y&R” star thinks the soap has finally found the right actor to successfully take over the role, the cast member tells Soap Opera Digest that Miller “is a winner.”

There is no word out on Miller’s first airdate on the west coast based soap. As of today, Miller is still taping at the east coast based soap where he started his daytime career on in the summer of 2007, “All My Children;” “AMC” audiences will continue to see Richie Novak haunt his sister, as well as the woman who murdered him, Annie Lavery (Melissa Claire Egan), at least through mid-September.