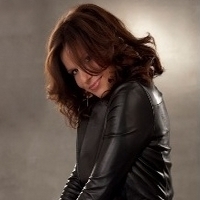 Blair and Téa discuss John’s suspicion of Tomas. Téa fiercely defends her brother while Blair remains uncertain about Tomas. Téa expresses relief that Blair isn’t dating Tomas. Taking this as a challenge, Blair makes a date with Tea’s brother, privately revealing she can use the opportunity to find out if he’s hiding something.Tomas confronts John about questioning Téa and Blair about him. John probes for information and later reveals he has covertly obtained Tomas’ fingerprints. When he runs the prints through the system, he finds a match, but discovers any information about their owner is classified.

Starr admits to James she’s uncomfortable about his ex-girlfriend staying with him. She makes Deanna an offer she can’t refuse – her own room at La Boulaie.

Tess’s haranguing has brought out Niki Smith. The two alters strike a deal to assure Tess custody of Ryder.

Dorian finds Clint in the throes of a heart attack but refuses to help him unless he tells her the truth about whether or not Echo knew all along that he, and not Charlie, was Rex’s father.

Believing her secret is safe, Echo enjoys time with Charlie.