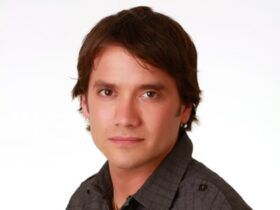 (SoapOperaNetwork.com) — After the reveal, the story nears its climax as multiple lives hang in the balance.

Robin can barely contain herself when she’s around Patrick. Angie arrives at General Hospital seeking medical help. Patrick arranges for Angie to be treated at the hospital, despite her lacking medical insurance. Patrick reveals that he posted Joe’s bail. Ian informs Robin and Patrick that their patient has been taking counterfeit prescription drugs and they race to save a life, but they are too late. Patrick asks Robin if he’s the father of her baby. Will Robin finally admit the truth?

Elizabeth fears she is the one that ran Sam down. Scott yells at Lulu for what she did to Logan after it is revealed that he couldn’t possibly be the Text Message Killer. Carly is hit with abdominal pains during her talk with Jason.

Sonny believes the Zacchara’s are behind Kate’s shooting and Michael’s disappearance. Seeking answers, Sonny has a standoff with Claudia, who once again has seduction on her mind. Sonny begins to play Claudia’s little game, but when Jason arrives Claudia departs in a fit of rage. Johnny is knocked unconscious and kidnapped by two thugs hired by Sonny. Humiliated, Claudia pays a visit to Kate, but Kate takes a turn for the worse. Sonny warns Claudia about consequences and leaves her with an ominous message about Johnny. Sonny presents himself to Johnny, who is being held captive in a padded room at an abandoned psychiatric clinic. Claudia tries to make a deal with Jason and warns him that there will be hell to pay if Sonny harms Johnny. A worried Lulu is looking for Johnny, but finds herself meeting Claudia instead. Claudia learns that Sonny is holding Johnny hostage and vows revenge. Claudia returns to General Hospital with the intention of revealing a secret to Kate, which when revealed could spell the end for Kate and Sonny’s relationship.

The Text Message Killer is revealed to be Diego Alcazar. Diego reveals that it is because of Jason and Sonny that all the women he killed had to die. Maxie finds herself at Sam’s door, but exits before she realizes Diego’s presence – Sam is not as fortunate. Diego ties Sam up and hauls her to his warehouse lair. Diego reveals the final phase in his plans for revenge against Sonny and Jason while planting explosives in the warehouse. Sam attempts to escape, but is recaptured just as Elizabeth finds herself in the wrong place at the wrong time. Diego knocks Elizabeth out and handcuffs her in his car with Sam bound and gagged in the trunk. A gun-battle escalates between Max and Diego and their vehicles crash. Seeing an opportunity, Elizabeth tries to rescue Sam. Lucky comes onto the scene hoping to save Sam and Elizabeth, but gun fire is aimed his way.

– Kate piques Alexis’ interest in her past when Kate calls her Olivia, but Kate is weary of revealing anything.

– Nikolas is able to live out the memory of Emily’s murder at the hands of the Text Message Killer.

– Jim Palmer brings Marianna’s abusive ex “Randy” to Port Charles as “Randy” follows Ric and Marianna to the town during the Week of March 3.

Monday: Jason tries to rescue Sam and Elizabeth; Maxie and Spinelli fall into a dead end in their pursuit of Diego/The Text Message Killer; Images of Claudia and Sonny having sex haunt Kate.

Tuesday: Patrick has painful news for Jason; Maxie is trapped between a rock and hard place; Nikolas seeks the ultimate revenge against the killer.

Wednesday: It’s a battle of the titans as Nikolas and Diego fight to the bitter end; Ian takes a special interest in Sam; Luke and Scott have a war of words.

Thursday: Jerry feels the pressure from his partner in crime; Ric and Marianna have luck on their side; Patrick confronts Elizabeth about Jake’s true paternity.

Friday: Jax puts his faith in Jerry, but he might regret his decision; Emily forces Nikolas to face his fears; Lucky overhears Elizabeth’s confession.