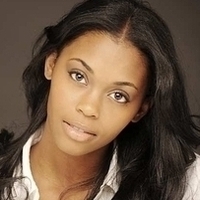 (SoapOperaNetwork) — Look out Llanview.  Yet another new character is about to come to town, as actress/model Nafessa Williams is set to make her daytime debut in a newly created role.

Soap Opera Weekly is reporting that Williams, who has modeled clothing on QVC and "The Wendy Williams Show" (among others), has been cast by "OLTL" in the contract role of Deanna, who will interact with the Llanview's teen scene.  Model Management Group, which represents Williams, reported on their Facebook page on February 2 that she had signed a 4-year contract with the soap.  One other interesting note is that Visions By Elle, a company which provides "Creative Concepts for Digital Media," commented on their Facebook page back on November 4 that "Visions By Elle, LLC Congratulates Nafessa Williams for booking a recurring role on 'One Life to Live.'  Go Girl…Make those dreams come true!  You are truly Blessed."  It is uncertain if that was some miss-communication on their part, or if Williams was hired as a recurring cast member and then later bumped up to contract status.

Details on Williams' new "One Life" character are unknown at this time, as if her first airdate.  You can learn more about Nafessa Williams, who is a twenty-five year old Philadelphia native, here. You can also watch her 2010 audition for "Friends with Benefits" here.