How the Mighty Fall

(SoapOperaNetwork.com) — Someone gets dumped; another’s proposal is rejected and a past letter could be the key to someone’s downfall…

Lauren and Michael convince Jana to reject Kevin’s marriage proposal. The hearing for Jack gets underway and Gloria and Jill are all but ready to testify against the man. Nikki cuts her losses and drops David like a bad habit. Maggie realizes she could have been wrong not to suspect Victor, after discovering that the tape between he and Ji Min is legitimate. Nikki moves back into the ranch to care for Victoria, who is still not out of her coma. Police come knocking on the Newman ranch doors.

The letter that John wrote to Gloria is found by Kevin, who is more than happy to hand it over. As the hearing gets underway, Jack again gets a ‘visit’ from John, who advises him to be honest with the committee that he bought Jabot. Sharon, who is there to support Jack, soon begins to wonder if Jack has been a liar all a long, after the letter of John is presented to the committee. Things soon spiral out of Jack’s hands when the committee discover Jack’s duplicity. Once the hearing is over, a smug Gloria and Kevin relish the downfall of Jack. Meanwhile, Jack receiveds some choice words from a steamed Sharon.

A Hughes Returns on 'World Turns' 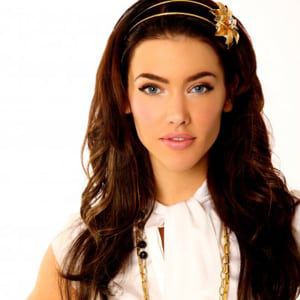 A look at what's happening on "The Bold and the Beautiful" during the week of November 21, 2011.