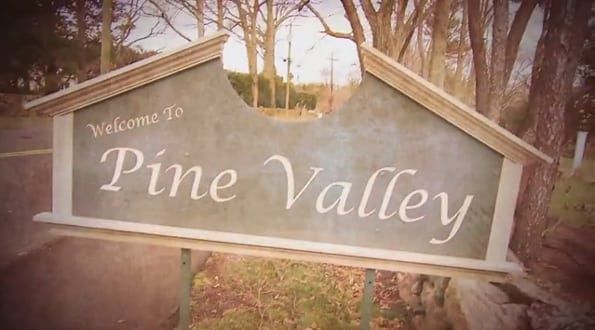 ‘All My Children’ Would Have Celebrated Its 44th Anniversary Today

It’s been nine weeks since we returned to reporting weekly ratings for daytime broadcast and our fifth week overall with the inclusion of Total Viewers and Households. A lot has changed since then, namely “The View” has been consistently beaten by network sibling “General Hospital” in Women 25-54, “The Talk” has barely any life left in it yet in Total Viewers the show has managed to be slightly up/down in the demos compared to its already anemic performance from the same point last season, and “Days of our Lives” has gone from troublesome demos early on to recently outperforming its network sibling “TODAY with Hoda & Jenna” and both half hours of the CBS game show “Let’s Make a Deal” in Women 18-49 and the first half-hour of the show in Women 25-54.

At the top of the charts, “The Young and the Restless” is roaring as it battles it out with the second half-hour of “The Price is Right” for the number one spot in all of daytime broadcast in both Women 18-49 and Women 25-54. Meanwhile, “The Bold and the Beautiful” is flexing its muscles as it continues to duke it out with the first half-hour of “The Price is Right” and “3rd Hour TODAY” for the coveted third spot in both demos.

For the week of May 24-28, 2021, the CBS game shows gained the most viewers week-to-week but remain way down from their performances on the year-ago week when viewing figures were at their peak during the early stages of the coronavirus pandemic. The CBS soaps, however, are gaining back their lost viewers from the year-ago when they aired reruns in place of originals due to the pandemic. “Y&R” in particular gained roughly 1.2 million viewers back while “B&B” gained 1.1 million. Only time will tell whether the CBS soaps will ever see numbers from their pre-pandemic days again, but a positive is a positive wherever you can get it. “Y&R” and “B&B” are also up substantially in Women 18-49 and Women 25-54.

“The View” continues losing viewers as it has for the previous four weeks. The political chatfest is down again by more than 500,000 viewers compared to its year-ago performance and only held a 126,000 total viewer advantage over “GH,” a far cry from the 324,000 it held over the soap five weeks ago. The ABC soap attracted its largest audience since the week of May 3-7, 2021.

What follows is a rundown of how the daytime shows performed during the week of May 24-28, 2021 in Women 18-49 and Women 25-54 rating, the primary sales demos that determine advertising rates for daytime television programming. We’re also including households and total viewers, however, figures are not available for “3rd Hour TODAY” or “TODAY with Hoda & Jenna” in terms of our weekly reporting. The two traditionally rank eighth and 11th, respectively, in both categories.