Since returning to originals in August 2020, “The Young and the Restless” has remained daytime’s most-watched drama series but during the week of December 28, 2020 – January 1, 2021, the soap managed to hit eight-month highs. “The Bold and the Beautiful” and the rest of CBS’ daytime lineup also recorded multi-month highs in total viewers.

With 3.42 million viewers tuning into the happenings in Genoa City, “Y&R” attracted its largest overall Live+Same Day audience since airing its final pre-pandemic episodes (week of April 20-24, 2020) giving it a season-high. Sister soap “The Bold and the Beautiful” attracted 2.92 million viewers, its largest since the week of October 5-9, 2020.

“The Talk” aired reruns and its ratings were not counted by Nielsen for the reported week.

'Let's Make a Deal' and 'The Price is Right' Extend Production Hiatus Due to Surge in COVID-19 Cases in L.A. County

ON MILLIONAIRE: ‘General Hospital’ Stars Bank $250,000 In Winnings for Charity

In celebration of the 50th anniversary of ABC's "General Hospital," Jason Thompson (Patrick Drake) and Finola Hughes (Anna Devanne) worked together and just missed taking home $500,000 for their charity, The Art of Elysium (http://www.theartofelysium.org), a non-profit organization that works closely with actors, artists and musicians, encouraging them to volunteer their time and talent to children battling serious medical conditions, on Disney/ABC Domestic Television's "Who Wants To Be A Millionaire." After appearing on the Monday, April 1 and Tuesday, April 2 episodes, the duo walked away with the guaranteed bank of $250,000. 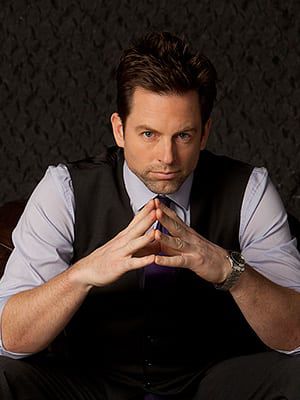 As fans of "The Young and the Restless" did in March 2011 to protest the supposed firing of cast member Daniel Goddard (Cane Ashby), fans of Michael Muhney (Adam Newman) have purchased a flyover of the CBS Television City studio, where the soap is taped, to get their message across to executives of their displeasure in the actor's firing. Only this time they have taken things a step further - they've alerted mainstream media!

As first reported by Soap Opera Network on our Twitter page on Tuesday, March 19, "Who Wants to be a Millionaire" will be celebrating the 50th anniversary of ABC's "General Hospital" on Monday, April 1 and Tuesday, April 2. "GH" stars Finola Hughes (Anna Devanne) and Jason Thompson (Dr. Patrick Drake) served as contestants on the special episodes and will donate their winnings to The Art of Elysium (http://www.theartofelysium.org), a non-profit organization that works closely with actors, artists and musicians, encouraging them to volunteer their time and talent to children battling serious medical conditions.