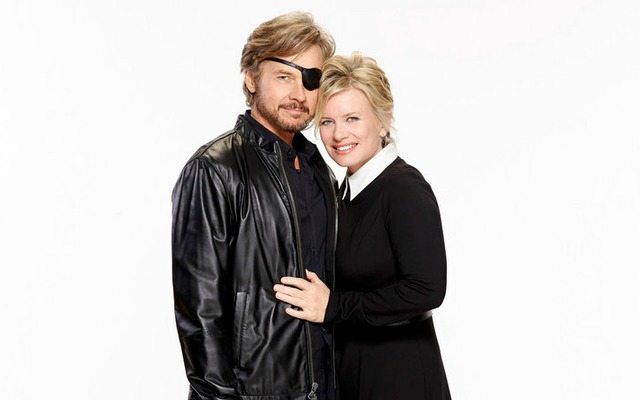 With news that Michael Easton would soon be returning to ABC’s “General Hospital” in the weeks ahead, who better to hear from about his return than the actor himself? In a posting on his Facebook page, Easton not only reiterates the truthfulness of today’s big news, but also shares that it’s because of the fans that he’s even able to return to the daytime drama series.

“It was your kindness and support that made this happen,” wrote Easton. “I am humbled by your faith. With gratitude and love, now and always.”

Last seen on the daytime soap in August 2015, when it was discovered that Madeline Reeves (Donna Mills) was the one who fatally stabbed Silas Clay (Easton) in the back in order to claim Nina’s (Michelle Stafford) inheritance, Easton’s return to “GH” marks his fifth turn in daytime. He’ll be playing a newly created character on the daytime drama series.

In addition to playing Silas Clay on “GH,” Easton previously portrayed Stephen Clay (aka: Caleb), Silas’ brother, on both “Port Charles” and “GH.” He also portrayed Detective John McBain on “GH” and “One Life to Live.” Easton made his daytime debut in the role of Tanner Scofield on “Days of our Lives.”

Outside of daytime, Easton starred in “Total Recall: 2070,” the TV series version of the Arnold Schwarzenegger film. He’s appeared in episodes of “Mutant X,” “413 Hope St.,” “Ally McBeal” and “The Practice.” Easton is the author of several graphic novels, including the bestselling “Soul Stealer” and “Credence.”