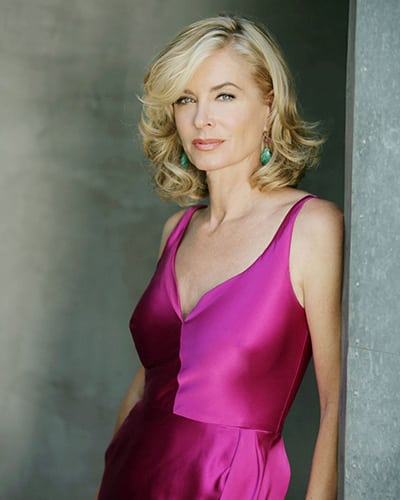 Emmy-award winning soap star Eileen Davidson has plenty of experience dealing with drama, having played “The Young and the Restless’” Ashley Abbott since 1982 and “Days of our Lives’” Kristen DiMera since 1993, but the actress is admittedly having a bit of trouble adjusting to the intense drama she’s enduring as part of the upcoming season of “The Real Housewives of Beverly Hills!”

The California native told Bravo’s The Dish that being a part of the show isn’t exactly what she expected. “It’s so surreal,” she exclaims of the experience. “But also very exciting and a little nerve-wracking. I’m used to scripts when I’m being filmed, so this has been a new experience.”

As for the drama with castmember Brandi Glanville and the rest of the cast (which you can see in the season 5 premiere trailer here), the actress says, “It’s like being on a roller coaster — and you can all take the ride with me!”