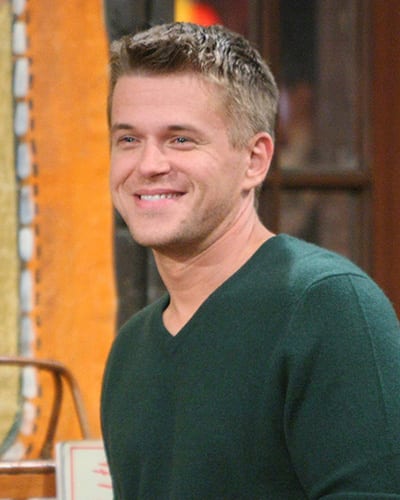 Recently ousted from CBS’ “The Young and the Restless” after just five months back on the job, David Tom (Billy Abbott) reveals in an exclusive interview with CBS Soaps In Depth the reason he was let go from the drama series and whether or not he’d be willing to give daytime another shot.

“It was such a great experience to have been a part of the ‘Y&R’ family again,” Tom commented to the magazine of his return to the sudser after more than 10 years since originally departing his Daytime Emmy Award winning role. “It was wonderful to see so many old friends and people I know that I used to work with and enjoy so much like Jess Walton [Jill Abbott Fenmore] and Peter Bergman [Jack Abbott]. I got to do some scenes with Eric Braeden [Victor Newman], finally.”

READ: David Tom OUT! Burgess Jenkins IN! The Shocking Recasting of Billy Abbott on ‘Y&R’

While it was a pleasure to see some familiar faces again, Tom was blindsided by the higher-ups informing him of his being let go. “I think I was definitely well-liked there,” Tom states. “As far as I knew, nobody knew about this. Not even the cast.” As for why he was let go, Tom says, “One of the reasons they said they let me go is that I obviously looked too young when they placed me with [the new] Kelly [Cady McClain]. Well, she was hired after I was. I don’t understand why they didn’t think about that [when they were casting her]. We don’t really have a storyline [anyway]; She’s with Jack. I thought I looked fine with Missy [Claire Egan, Chelsea]. I really loved working with her.” He does admit, however, “The worst thing you can do is mull about it.”

Asked if he’d be willing to give daytime another go after his final “Y&R” scenes air in the next couple of weeks, Tom says, “Hell, yeah. I’d go in a heartbeat to another soap opera.” He adds, “I love to work.”

Make sure to look for Tom’s full interview with CBS Soaps In Depth when it goes on sale on June 16.