Rademacher Forced to Kick Off His ‘Dancing’ Shoes

“General Hospital’s” Ingo Rademacher (ex-Jasper ‘Jax’ Jacks) shook it like nobody’s business as a contestant on ABC’s popular reality series, “Dancing With the Stars,” but unfortunately, he and professional partner Kym Johnson were eliminated from the competition last night during the semi-final round, meaning the actor is hanging up his dancing shoes — at least for now.

Getting the axe wasn’t exactly a surprise for Rademacher, who was the clear underdog heading into last night’s results show. But he reacted to the situation with grace. “If I don’t go home tonight, somebody else [in the competition] is going to very upset,” he said just moments before the results were announced.

To see the actor’s passionate final routine on the “Dancing” stage, check out the video below.

BREAKING NEWS: 'All My Children' and 'One Life to Live' Episode Order Reduced 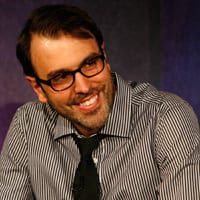 After fifteen years of working in various positions on the "One Life to Live" writing staff, including serving as the show's head scribe for the last three years, ABC has announced that Ron Carlivati will be joining "General Hospital" as a script writer. The move will fulfill the remainder of the three-year contract Carlivati signed with the network last September. A similar two-year deal was hammered out at the time with "One Life" Executive Producer Frank Valentini.

On Tuesday, April 9, NBC premieres the new supersized "Bachelor"-esque reality series "Ready for Love," and NBC's daytime superstars Alison Sweeney (Sami Brady) and James Scott (EJ DiMera) from "Days of our Lives" are giving you a sneak peek of what NBC hopes to be it's next reality hit, but first...it's time for "The Tonight Show."