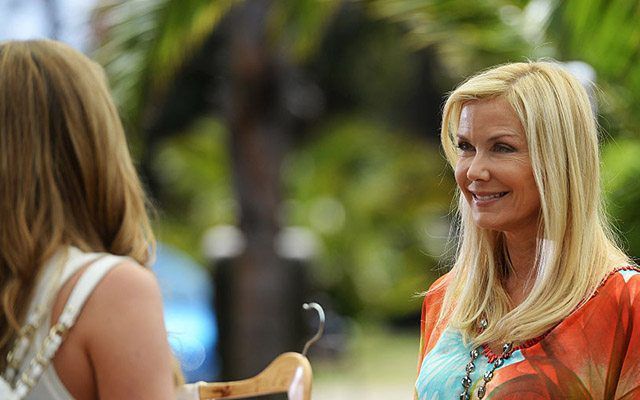 Today, April 1, ABC’s “General Hospital” celebrates its 50th anniversary in style! Before the anniversary episode airs (note: due to a national network preemption on Wednesday, March 13, this episode was originally scheduled to air on Friday, March 29; the Tuesday, April 2 episode was the episode previously scheduled to air as the anniversary episode on Monday, April 1) fans of the soaps most recognizable couple can watch “The View” for Anthony Geary (Luke Spencer) or “The Chew” for Genie Francis (Laura Spencer).

ABC’s “The View” returns live MONDAY, APRIL 1 (11:00 a.m.-12:00 noon, ET) with actor Anthony Geary as ABC celebrates the 50th anniversary of its popular drama “General Hospital.” Geary’s visit falls on the show’s actual anniversary date. “General Hospital” hit the airwaves on April 1, 1963 and has been entertaining audiences for five decades. A seven-time Emmy ® award-winner, Geary is expected to discuss his career portraying the wonderfully unpredictable Luke Spencer since 1978, and what to expect all this week on “General Hospital” in celebration of the show’s Golden Anniversary.

“The Chew” marks the 50th anniversary of its daytime sibling, “General Hospital,” when beloved ABC star Genie Francis visits the show to talk about her return to the show in the role she made famous, that of Laura Baldwin Spencer. “General Hospital” celebrates its Golden Anniversary on April 1. Honoring 50 historic years on ABC, “General Hospital” is the longest running American soap opera currently in production and the longest running scripted drama on television currently in production. Based on the West Coast, the show has aired over 12,000 episodes and has received the prestigious Emmy Award for Outstanding Daytime Drama a record 11 times.