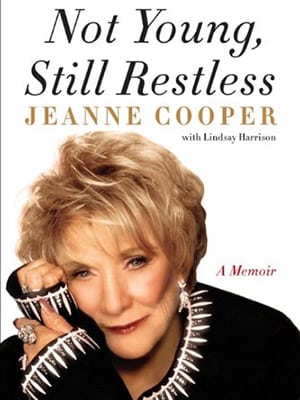 Despite falling five places from the previous week, Jeanne Cooper (Katherine Chancellor, “The Young and the Restless”) has remained a New York Times best seller for the second consecutive week.

“Restless” went on sale on Tuesday, July 31 and was written by Cooper with Lindsay Harrison. It was released by It Books, an imprint of HarperCollins Publishers.