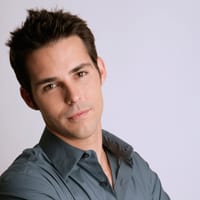 To ensure her place with Matt, Maxie tries to warm up Elizabeth’s home for Lucky. Meanwhile, Elizabeth, Ewen and Matt get acquainted. Ethan and Lucky discuss the power of love, and later Ethan tries to communicate with the Woman in White.

Sam breaks down as she comforts Michael. Meanwhile, Jason is haunted by Franco’s DVD message, and Monica is concerned about her son’s anger.