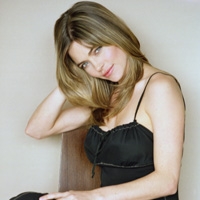 Victoria found herself fast asleep on Billy's couch. When she woke up she realized that he wasn't anywhere around. At the courthouse, Chloe and her lawyer were also wondering where Billy was. As for Billy; he was at the jail visitation room talking to Rafe about how he was not soliciting a prostitute. Rafe explained to him that with his arrest, it could prove costly in getting Delia.

Noah showed up at Gloworm to talk to Adam. Noah wanted to know the progress of the memory chip; hoping that it would clear Sharon's name. Adam told Noah that he didn't have any proof of clearing her name; that nothing panned out as he had hoped. Adam soon thought on his tossing the memory card in the water. Noah was crushed that Adam didn't have what he needed. When he went to go sit down, Eden, who was on the phone with Michael, spotted him and went over to talk to him. The two commented on the other not leaving Genoa City. When Noah shared the news about Adam and the memory card, Eden touched his hand and asked if there was anything she could do; Noah told her there was nothing she could do. She was slightly crushed, however, when she saw Hunter arrive and embrace Noah.

Victor showed up at Diane's suite, asking about Kyle. Diane didn't like that Victor was trying to get close to her son and pointed out that he betrayed her with the promise to take care of the SEC for her. Victor asked her what would happen to Kyle once she and Jack went to jail. After another round of bickering, Victor left. Not long after, however, Diane found Adam on the other end of her door. He wanted to know why she went to the DA. Diane quickly lied and told him that she was seeing D.A. Walsh because he still had questions for her about her involvement with the IPO scandal. The two talked on a plan on sticking it to Victor. Adam told her not to double cross him, to which she reassured him of not doing. The minute he walked out the door of her suite, she was on the phone with D.A. Walsh, wanting to know who in the office dropped the news to Adam about their talk.

At the courthouse Jill arrived asking Esther why she wasn't informed of the court case. Esther assumed that Billy had already told her. Jill soon took swipes at Chloe for making things hard for her son; but Chloe pointed out she had no regrets because Billy was showing once again that he is an irresponsible parent. The judge comes in and is ready to present his ruling. When he sees that Billy and Rafe are not there, he tells the baliff to find out what's going on. After a bit of time, the two men arrive. As they are taking their seats, the judge learns that Billy has been arrested for solicitation. He announces that with the new information, he will return with his final decision. Jill tries to have a heart-to-heart but Billy isn't interested in listening to his mother. When the judge does return, it's bad news for Billy. Chloe is granted custody of Delia. Billy vows that it isn't over and walks out.

Victoria is surprised to see Victor on her doorstep. She suddenly remembers that the two of them have a meeting together. She admitted that she was glad to be back; and Victor shared the same sentiment. A short time after, Victor received word via his phone about Billy's arrest. He pretended to show sympathy toward his daughter about the matter. A stunned Victoria asked her father to leave her alone for a bit. Victor left and was headed to the park. There, he met with the prostitute who 'hooked' up with Billy. She told him that she did her job and it was time to be rewarded. Victor handed her an evelope full of cash. While Victor was giving out the cash, Billy showed up at Victoria's. Seeing his face she knew he lost Delia. The two of them embraced.