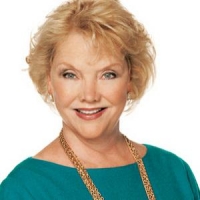 (SoapOperaNetwork.com) — While it is too early to figure out exactly which “One Life to Live” cast members will decide to stay with the show when it moves production to the web after airing its final episode on ABC Daytime on January 20, 2012, last week’s shocking announcement has sent many of the show’s stars to various social networking sites to comment on “One Life’s” last minute reprieve. Soap Opera Network has collected their tweets, Facebook musings, and website statements on the subject for your reading pleasure…

Erika Slezak (Viki): “I am very, very pleased that the show might continue, but unfortunately no details are available yet.”

Kristen Alderson (Starr): “Super happy for the fans of #amc & #oltl today. =) I’m interested to see how they plan on having this work.”

Barret Helms (Baz): “Did everybody hear the news about the show??”

Austin Peck (Rick): “It’s exciting about the shows. Dont know what it means as of late but we”ll see.”

Lenny Platt (Nate): “OLTL lives on…in cyberspace. The times, they are a changin’…”

Hillary B. Smith (Nora): “Hang in there AMC & OLTL fans. Don’t give up your quality control. This could all go away tomorrow. It is about the work, telling the story and the people who watch. As long as the fans can watch, who cares where it airs.”

Jerry verDorn (Clint): “Hello all. Good news,eh? Llanview Lives. Stay tuned. Told you. Love, jvd. Thank you for getting it done. And it was Fan Response who got this accomplished. You overcame corporate indifference and oltl will live on for many years. Until this moment, nothing like this has ever been done. Love, jerry/clint.”

Kassie DePaiva (Blair): “Wow!!! What a u turn? Don’t know what it all means yet. Very happy for our fans!!! VERY!!! You deserve to have these shows continue after your years of support!”

Catherine Hickland (ex-Lindsay): “I want to be excited about this news for viewers but need to know more about everything. hated seeing you know who’s quotes in article. STFU. If ANYONE made something happen with shows moving forward, it’s the FANS! #get it?? And know that it is Agnes Nixon who fought alongside of you all tirelessly, never letting go of her “children” for even a second!”

Bree Williamson (Jessica): “Spinoff idea! “Me and my alters”. Jess, Tess, Bess and Wes in a one bedroom! Wes pretends he’s gay to not upset Mr Furley.”

Robin Strasser (Dorian): “JUST found out about licensing deals #AMC/#OLTL! Big SHIFT is a GIFT. Just know ALL THE FANS GOT THIS TO HAPPEN! Take a bow! YOU did it! WOW. Listen to Mama: even IF this is a BONE being tossed, it’s better than the ‘toss ’em out with the garbage’ diss/tone of the big cancellation. Normally a wary Cassandra, I’m going Pollyanna for Persian (a 1st)) Share meal-DISH developments. Chew/Revolution hard 2 sell without FANS! In PP time, we could watch OLTL ANY time on laptops? Even during a Persian meal? What do Persians eat? but watchin’ OLTL would be a FEAST:) Post Persian hangover- too much delish much of muchness. Doing mail/filing/TCM. Multi-tasking/basking in TIME to do what needs to be done. Up DO-ing since 6am. Pondering my POV: IF licensing deal creates NEW jobs +maintains OLD ones: WIN/WIN-if only a showy stop gap, that’s sad! MBFO(My Big Fat Opinion) it’s NOT all about me?:) IF AMC-OLTL go web? Internet not AFTRA or SAG?? GO SAG! AFTRA didn’t protest cancellation! E mailed AFTRA President asking they take a STAND! “I don’t know what we can do” but she blasted protest America’s Most Wanted cancellation.”