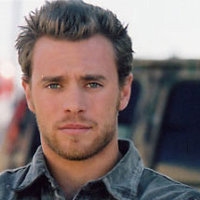 Michael arrives at Gloworm and heads over to Angelo's table. Angelo shows him a newspaper article about Chloe going before the cameras to defend Kevin against being accused of being in cahoots with Jana. Meanwhile, at the school house, Kevin continues to fake a panic attack in hopes that Jana will let him out. She refuses to and becomes frustrated when she sees the newspaper article about Chloe.

At Katherine's, Chloe is upset that the paper failed to discuss the fact that Kevin was sending out a signal on the video taken at the train station. Katherine reassures her that they will get Kevin back home safely. Heather soon calls to ask Chloe if she's heard anything from Billy; when Chloe says that she has not, Heather states that she's going to get word to him about the custody battle. Chloe tells her that regardless of being notified, once Billy finds out he's going to have a fit.

Billy and Victoria are playing with Lucy when Daniel and Phyllis arrive. Billy says that he hopes that they all can talk calmly this time around and work things out without having the authorities involved. Phyllis agrees as they wait for Rafe and Michael to arrive.

Letting Kevin out of the closet, Jana handcuffs him to the chair and feeds him an apple. Kevin tells Jana that he'll do what she wants just as long as she doesn't put him back in the closet. Meanwhile, Katherine comes up with a plan similar to to the one that Kevin did when they were looking for her when she went missing. Gloria and Chloe agree that it's a good start to get people to realize that he's not a kidnapper, but being held against his will by Jana.

At the mediation, Phyllis insists that Lucy belongs with her family. Victoria tells her that she wasn't the one that took care of Lucy when she was sick or couldn't fall asleep. She goes on to tell her that Billy and she are the only family the baby knows and loves. Phyllis snaps back and tells her that they didn't just come into having a beautiful family created; Billy resorted into buying a baby to have a family. Both Michael and Rafe remind the three of them that they need to find a compromise to please everyone.

Still in the delusion that she'll make Kevin love her, Jana wants to put him back into the closet to 'deprogram' him. Kevin tries his best to talk his way out of it, rehashing old memories between the two of them. While Kevin is doing his best with Jana, back at Crimson Lights, Katherine, Chloe and Gloria are all passing out flyers to those there to help if they see Kevin. As they are talking, Heather arrives to tell Chloe that the reason why Billy isn't aware of her seeking full custody is because the police stepped in, stopping the paperwork.

Phyllis gives her wants in terms of having a life with Lucy. Victoria initially doesn't want to agree to it, but Billy, agreeing with Rafe, says that they might as well, unless they want to go in court to fight for Lucy, only to lose her anyway. They are all set to sign the papers when Child Protective Services arrives, wanting to speak to both Billy and Victoria. She demands to see the adoption papers. Billy wants to know why she's there and she tells him that custody documents on Cordelia were filed and were flagged to be sent to her office. Trying his best to get around it, Billy blows it off as Chloe simply being angry at him for not believing her regarding the nanny he hired. Not phased with his excuses, the social worker wants the adoption papers: now.

Listening to the news on the radio, Jana continues to unravel when she hears that the police are still on the hunt for both her and Kevin. When she hears that Chloe also went on live television pleading for the police to find Kevin and help clear up the police's assumptions that he was helping Jana kidnap both Lucy and Delia, she starts to think of her next move to hold on to Kevin. When she returns back to the school house, she opens the closet door to show Kevin her revamped image; that of how she was when she first came to Genoa City. She tells him that she has big plans for him now that the 'real' Jana Hawkes is back.

After looking over the doctored adoption papers, the social worker tells a stunned Billy and Victoria that until they can determine that the papers are legitimate, Lucy will have to be taken from the home. Daniel tells her that he's the biological father and would be willing to take another DNA test to prove that if it will let Billy and Victoria have the baby. Michael leaves to talk to DA Spencer to get things moving quickly to avoid anymore possible trouble. Victoria begs the social worker not to take her baby away from them. Unfortunately, she tells them that Lucy has to come with her. Heartbroken, Victoria watches as Lucy is taken away. When Billy tries to comfort her, she pulls away and runs upstairs. Asking to be left alone, Billy privately breaks down.