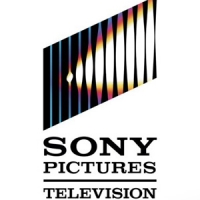 (SoapOperaNetwork.com) — It has been a little over a month since Disney's ABC Television Network canceled daytime soaps "All My Children" and "One Life to Live." As is the case with most primetime series upon their cancellation notices, there had been hope that another network would pick up one or both daytime programs. In fact there were rumors that NBC was interested in airing the programs with Sony Pictures Television producing. The rumor, which began shortly after Deadline.com reported that the producer of NBC's "Days of our Lives" and CBS' "The Young and the Restless" was interested in snapping up top talent from ABC shortly after the stars received their walking papers on Thursday, April 14, heated up as the weeks went on with no response from Sony Pictures Television. Soap Opera Network reached out to representatives from the production powerhouse and we're sorry to say soap fans, it isn't looking too good.

On Wednesday, April 27, nearly two weeks after ABC announced the demise of both "AMC" and "OLTL," Deadline.com reported that Sony Pictures Television President Steve Mosko was interested in poaching "All My Children's" Debbi Morgan (Dr. Angela Hubbard) and Jacob Young (JR Chandler) along with "One Life to Live's" Gina Tognoni (Kelly Cramer) and Josh Kelly (Cutter) from the canceled programs in hopes of bringing their star power to "DAYS" and "Y&R." In her reporting of this development Deadline's Nellie Andreeva made it clear that "given the financial challenges the two shows faced on ABC amidst declining ratings, finding a buyer would be a daunting task. So fans of 'AMC' and 'OLTL' shows may have to settle for a consolation price — getting to keep some of their favorite stars in daytime." Unfortunately, this news only put relevance to rumors of an "AMC" and "OLTL" pick up instead.

According to a Sony Pictures Television representative, the reports of the company picking up the canceled soaps from ABC was nothing but "total speculation." This despite claims by fans on message board postings indicating that the more they called in to the company's comment hotline or sent letter's to their headquarters that Sony Pictures would be justified in planning a secret bid for the iconic soaps.

Why would Sony Pictures Television be interested? The saying goes that because of the leverage the company has in the international television markets they would be better equipped to recoup any production costs put out to produce "AMC" and "OLTL." NBC had been the prime target in the rumor as the network currently airs only one hour of original scripted programming in daytime. After canceling "Sunset Beach" in 1999 and "Passions" in 2007, NBC replaced the vacated timeslots with two additional hours of "The Today Show."

An NBC representative was unavailable for comment at press time.