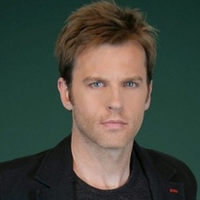 Todd is released from the hospital and is not pleased to discover that Tomas has been living at his house in his absence. Téa gets the charges against Tomas dropped and expects Tomas to move out, but after Téa leaves, Tomas tells Todd he’s not going anywhere. He reminds Tomas he has no choice in the matter, but Todd presents an alternative in the form of a gun. Bo and Nora aren’t convinced Tomas is innocent, despite having to release him from custody.

Destiny comes to see Matthew, who is shocked by Clint’s confession to Eddie’s murder. Destiny begs Matt to let his uncle take the rap for him and rushes off to do damage control with Dani. Throughout the day, Matthew nurses a searing headache brought on by the injury he sustained when Nate punched him. Bo and Nora return home and Bo tells Matthew that Clint confessed because he’s dying. Matt is nonetheless determined to take responsibility for the murder and starts to tell his parents someone else knows the truth, but before he can name Nate, he collapses. Nate tells Deanna he overheard Dani and Destiny talking about Matthew’s guilt. Nate’s surprised when he sees Dani and she says nothing to him about it, but instead pretends she believes Clint’s confession.

John comes to see Kelly, hopeful for information about Marty’s whereabouts but Kelly is unable to enlighten him. It comes out that Joey’s feelings for Kelly have been rekindled in the face of her near death, and Kelly suspects John’s feelings have been similarly stirred by the thought of losing Natalie and Liam.

Before Aubrey can tell Joey the truth herself, Joey blasts her about her lying and scheming. Aubrey is forced to admit she set out to woo and rob Joey, but she fell in love with him. Joey is unimpressed and admits to his feelings for Kelly. He orders Aubrey out of the mansion, but Aubrey reminds him they need to stay married to retain custody of Ryder.