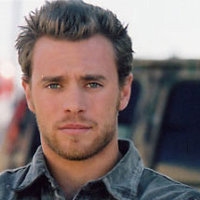 Billy wants to get to the bottom of things with Primrose regarding what Jana has stumbled on. He tells her that he wants to see her immediately. When he's done, he fills Victoria in about Gloria and Chloe just as Jana walks in. A nervous Billy tells Jana to stop searching into helping Kevin find his niece and to keep her mouth shut about it to Victoria.

At Crimson Lights, Kevin and Daniel talk about the reporters arriving to talk to folks who once knew Sharon. The subject instantly switches to that of Jana's helping Kevin search for Daisy and Daniel's baby. Daniel is surprised when he's told that Jana believes that the baby was sold to a baby broker. He says Daniel may not want to search for his child, but as the baby's uncle, he's going to do it.

Heather comes to the police station to inform Gloria and Chloe that they will be out on bond by the end of the evening. When Chloe and Heather start to bicker, Gloria reminds her partner in crime that they have to focus on the real problem: Jana. They need to find out what she's up to and stop her at all costs. Kevin arrives to get them, followed shortly by Billy, who tells them he's not pressing charges. Chloe insists that Billy opens his eyes and realizes that Jana is up to no good. Billy warns Chloe that she needs to back off before she regrets it.

Lily meets with Dr. Mason at her home. She shares with the therapist that she's been seeing Cane in the places that she's at. She tells him that she's having a hard time trying to understand what message he could be sending her. She opens up further about meeting Judi, the psychic she met at Cane's tombstone. The doctor chalks it up that there most likely be some unresolved issues she's trying to work through in order to find peace.

Abby meets up with Daniel at Crimson Lights and thinks that he's thinking about the loss of Sharon. Slightly agitated, Daniel partially hears what she's talking about, which is the Naked Heiress. She tells him that maybe working on it will help get their minds off of the tragedy. She gets slightly upset, however, when Daniel tells her that he'll meet her at the studio; he needs to see Lily. Needing to talk to someone, Abby heads to see Victoria. She admits that she's envious of Daniel and Lily's closeness.

Daniel shows up at Lily's and can tell that she's upset. She quickly pushes her problems aside and wants to know what's bothering him. Daniel tells Lily that people are getting closer to the truth about Lucy. He tells her that Billy started grilling him about where Daisy had the baby, while Jana managed to stumble upon the woman who sold Billy the baby. He admits that it's getting harder to keep his mouth shut and his lies straight.

Gloria and Heather return back to Gloworm. Jeffrey teases her about not being all dressed up. She in turn snaps into him that she's been in jail while he was living it up in Vegas. When Gloria spots Angelo walking in, she calls out to him. Heather turns around and unknowingly is staring at the man that helped kidnap her. Seeing Heather, Angelo fakes a sore throat. When she leaves, Jeffrey appears with a bag of the money he's won in Vegas, telling Angelo they are done.

Billy meets with Primrose and demands to know if she has any written documents of their business. He wants to know what was asked of her when Jana met with her. Primrose tells him that she was told that the girl was looking for information on where her friend's baby could be and how she caught her going through her documents. A furious Billy wants to see what files Primrose has. He's even more angry when he sees his bank account number written down.

Kevin fills Chloe in on the real reason why Jana had a pregnancy suit to begin with: she was helping him locate where Daisy may have left her baby. Chloe, at first, doesn't believe him, thinking it's just another way for Jana to get Kevin back into her bed, but when he tells her that Jana stumbled on to something, she becomes interested. Kevin contacts Jana and asks her to meet him at the coffee shop so they can talk. She arrives and Chloe pounces on her for using her search for the baby as a way to get in good with Kevin. Kevin tells Chloe that she either is going to help and support him or to be quiet. A furious Chloe walks out, leaving Jana and Kevin alone.

Lily leaves the apartment to go back to the cemetery. Going to Cane's grave, she spots the picture of Cane's sister on his grave. Freaked out, Lily calls out for Cane to tell her what he wants her to do. When she hears his voice behind her, she turns around and is floored to see him standing right across from her.