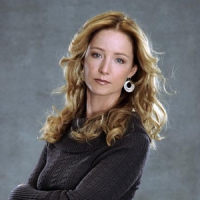 Natalie confronts Marty about why Marty’s carrying around Liam’s paternity test results. Marty’s cryptic, so Natalie snatches the records from Marty’s bag. She furiously and unwittingly tears up the evidence that her baby really is John’s, but we see that Gigi, after swiping what she believes is the tape from Shane’s shrink visit, now holds the secret. John goes to talk to Dr. Buhari about Marty, but Dr. Buhari trumps him and then pulls back. John, tweaked, accepts Marty’s previous invitation to dinner, hoping to find out more.

Because Jack filed a complaint against Rex, Brody is forced to question him.

Starr’s thrilled when James tells Deanna that Ford loaned him the money for Deanna to leave town. Deanna doesn’t like it one bit. Deanna reveals to James that the reason she broke up with him is because his father forced her to.

Blair overhears Tomas and Calmar. Blair looks forward to her date with Tomas.