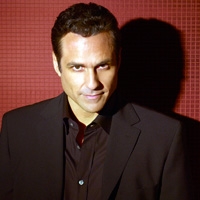 Nikolas stumbles upon Elizabeth reviewing the paternity test results. Maxie seeks Matt’s counsel about Elizabeth. Elizabeth tells Steve she has something important to do as it appears that she will finally tell Lucky that Aiden is his son. Maxie discovers the truth.

Fearing he may spark a mob war, Dante reluctantly confides in Sonny of his belief that Johnny is setting Michael up for Brandon’s murder. Lulu helps Dante realize that perhaps Johnny’s motive is more protective. Sonny confronts Johnny, an emotional Michael admits that he is driven to have power.

Diane assures Max that no matter her success as an author, Max is her man.