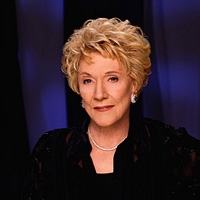 Sofia tried to call Tucker but was unable to get in contact with him. She, Malcolm and Phyllis shared lunch together, where they shared the good news of her pregnancy. Phyllis in turn shared that she was going to get Daniel's daughter back. Meanwhile, at the church, Victoria and Billy prayed that he bless them with the return of their daughter.

Ashley, still with Abby, tried her best to get her to wake up when Daniel arrived to pay her a visit. He told her that Tucker was soon to be brought back up to his room from recovery. Ashley decided to head there but asked Daniel to come get her if Abby happened to wake up. While Ashley made her way to see Tucker, Diane made her move on bad mouthing Ashley, implying to Detective Mauro that she saw everything, and that Ashley purposely hit him because she knew that they were having a romantic meeting at the cabin together.

Jack showed up in the waiting room and found Victor there. He made a comment on what was to happen to Tucker's businesses now that he was in grave danger. Victor told Jack to concerns elsewhere. As the two of them talked about Tucker, the doctor, who arrived to see Katherine and Ashley, told them that Tucker wasn't out of the woods, even though he made it through surgery. They are shocked to see that he's been placed on a ventilator.

While Daniel told Billy and Victoria he wished he had done things differently, Phyllis was boasting to Malcolm and Sofia that hopefully one day, her grand-daughter would be playing with their child one day. Their conversation was cut short when Katherine called to break the news to them about Tucker. A stunned Sofia told Katherine that she'd be there with his lawyer as soon as possible.

Jack entered Tucker's room to find Ashley crying. She informed him that Abby was right about Tucker, that on the night before the wedding, he lied about going to meet the guys for a bachelor party, only to instead, make plans to meet with Diane. Diane, however, continued to fill Detective Mauro's head with her 'thoughts' on Ashley. The detective, however, wanted to know why she was there to begin. As she shared her information with the detective, Jack shared Ashley's news with Victor. Both men minced no feelings on what they really thought of Diane and Victor headed out of the waiting room to find her. Instead, he found Detective Mauro interrogating Ashley and promptly interrupted her. When Det. Mauro threatened to have charges pressed for his interfering in her investigation, he tossed out a threat of his own: to take his complaint of her to her boss, who would take his word over hers.

Tucker's lawyer arrived at the hospital and announced that Tucker stated that he issued out a DNR if anything were to happen to him. Katherine demanded that they bypass that and give Tucker a chance to fight for his life. Shortly after, his lawyer also announced that he would be conducting a meeting with certain parties regarding who would be overseeing any of his businesses. He and Sofia left to discuss what Tucker's wishes were.

Jack caught Diane slinking around the hospital and called her out on trying to hook up with Tucker. Diane said she wasn't to blame for what happened but he thought otherwise. Victor showed up and told Jack about Diane going to the detective, telling her that Ashley intentionally tried to kill Tucker. A livid Jack walked out of the room so Victor could have his say with Diane. Victor snapped at her, telling her that she was nothing more than a tramp. She called him a hypocrite for his actions but he got the last word when he told Diane that he wanted her out of the house immediately.

Jack found Ashley in Abby's room and shared the news of what Diane told the detective. Just then, Murphy called Jack to tell him that the doctors were pulling the ventilator off of Tucker. The two of them were headed to go see him when Abby woke up. She slowly started to remember everything that happened that night. When she admitted that she hit Tucker, Ashley quickly corrected her and told her she was driving. Meanwhile in Tucker's room, the doctor prepared to remove the tube. Everyone waited on bated breath to see if Tucker would be able to take his first breath. Katherine is overjoyed when he is able to.

In the church, Daniel shared the results with Phyllis. She begged Daniel not to give custody to Billy and Victoria. They both walked in at that moment to hear everything. When Billy asked what Daniel was going to do now that he received the results, a fed up and frustrated Daniel said he was tired of the three of them and that he was going to get the documents to get custody of Lucy for himself; after that, he'd see what he'd want to do.