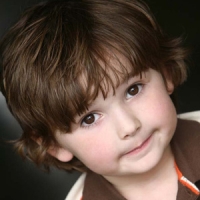 (SoapOperaNetwork.com) — You got to love ABC Daytime for its usage of the word REAL in its on air promos when touting the return of Rebecca Budig as the REAL Greenlee Smythe on "All My Children" back in 2008, but this isn't about Greenlee so let's have none of that. On the networks "General Hospital," viewers have seen Brenda (Vanessa Marcil Giovinazzo) holding onto hope that Lucian (played by cutie pie Elvis Martinez) is her long thought dead son with Alexander Janacek (the never seen son of Suzanne and Theo), even though her husband, Sonny Corinthos (Maurice Benard) has his doubts. Next month, the show might prove Sonny right!

Soap Opera Network has learned that "GH" has cast child star Quinn Friedman in the role of Alec, who is presumed to be the REAL son of Brenda Barrett (now Corinthos). The actor's first airdate is set for Thursday, May 12. Joining him will be actress Joyce Guy in the role of Betty, an old pal of Adrienne Barbeau's Suzanne Stanwyck.

What does this mean for Lucian you ask? Who said anything about Brenda finding out?

If you think you might recognize Friedman, it is because he appeared in the Wednesday, April 6 episode of CBS' "Criminal Minds" entitled "Hanley Waters." He portrayed the role of Damien Chamberlin, the son of "One Life to Live" alum David Chisum's (ex-Miles Laurence) Don Chamberlin. Friedman also appeared in an episode of Showtime's "Weeds" last season.