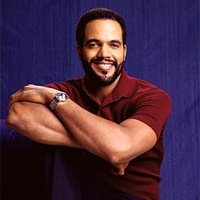 (SoapOperaNetwork.com) — A look at what's happening on "The Young and the Restless" during the week of February 21, 2011.

Monday, February 21 Kevin tells Jana it’s time for her to pack her things and move out if his apartment. That same day, he and Chloe learn that she is Lucy’s new nanny. Nikki thinks it’s time for the lawsuit to come to an end. Chance gives a piece of his mind to Chloe and Heather. On Thursday, February 24 Phyllis takes pleasure in getting under Diane’s skin.

The Inside Story: Unbridled Feelings Come to a Head
After learning that his daughter is having a hard time coping with Cane’s death, Neil confides in Sofia. The young woman instantly goes to Lily to offer her support. She confides that she too had a hard time coming to terms with her own father’s death years ago. As the two women are talking, Neil from a distance listens on. Once alone, Neil gives his thanks to Sofia for being there for his daughter. He soon approaches Malcolm, relaying the information to him on Sofia’s kindness. Unfortunately, Neil un-intentionally hits a nerve with his younger brother when he suggests that the two reconcile. Malcolm tells Neil he needs to mind his own business and shuts down instantly. Later on, Neil promises Sofia that Malcolm will come around and forgive her. As the two continue to talk, they both slowly grow closer. Things take a turn for the unexpected when Sofia flirts with Neil and after he opens up to her, they find themselves kissing one another. Before they realize it, the take the next step and make love. Sofia is unable to think too soon on what went down between the two of them due to the unexpected arrival of Malcolm. He instantly begins to wonder if something went on between the two of them while they were alone and soon starts to question Sofia’s true ‘intentions’.

A Closer Look:A Family Torn Apart
After Nick makes the decision to take the side of Abby and Victoria in the arbitration, Victor becomes furious at his son’s ultimate betrayal. Not giving up on getting what he wants by any means, he sends Michael in Abby’s direction to work on her weaknesses. Alone with the youngest daughter, Michael devises a plan on playing on the fact that she had already lost one dad; does she really want to lose another because of money. Abby is furious that Michael would stoop so low as to bring up Brad’s death, but later asks herself if he could be right after all. As for Victor, he’s still furious that his children have turned on him, and unleashes his anger on them for wanting to destroy everything he’s worked so hard for. Victor gets advice from someone unlikely: keep working on Abby, because she’s close to falling apart. Meanwhile, Abby turns to Ashley for comfort. Knowing that he can possibly get his way, Victor changes up his tactics by buttering up Abby with compliments on her determination. This soon makes her once again decide if she should drop out of the lawsuit. As Victor is using his charms on one of his children, Michel, on the other hand, is trying to talk some sense into Nick, but his words falls on deaf ears. Nikki, also tries her hardest to get her family to end the ‘Newman War’ but all three are determined to win their battle against one another. Unfortunately for Victoria, she is the one that begins to feel the heat due to the lawsuit.