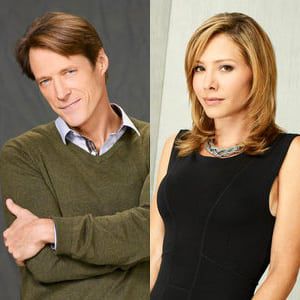 The OnLine Network’s “All My Children” has a new logo, a new home, new actors and of course, a new theme song. Fans have already been privy to details on the first three fresh and shiny elements on that list, and low and behold, it looks like we may have all been subtly introduced to the last one, as well!

On the heels of the latest “AMC” full video preview of the iconic soap (which you can view here), fans tweeted up a storm about the song playing in the background. And according to Jordan Lane Price (Celia Fitzgerald), that song — rumored to be “We Are the Love We Give” by Imaginary Friend — is the show’s new opener! “Yes, that is the new theme song!” she tweeted in response to a fan asking whether or not the emotional song that deviates from “AMC’s” classic instrumental theme was the new tune. “Pretty good, huh?”

“All My Children” premieres Monday, April 29 on Hulu, Hulu Plus and iTunes and on FX Canada for Canadian viewers.