Home / News / Jennifer Aniston Reveals She is a Soap Fan 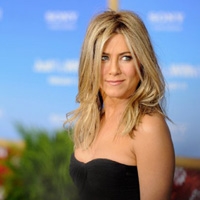 (SoapOperaNetwork) — Sometimes even the biggest of television and movie stars keep up with the happenings in the world of daytime drama. In an interview earlier this month with "The View," Jennifer Aniston confessed that she is a fan of one of the central characters on "One Life to Live."

After coming onstage to talk with the ladies of the ABC Daytime gabfest on February 10, Aniston stated that "I just met Viki [Erika Slezak] from 'One Life to Live' in the elevator and I almost passed out." "The View" and "One Life to Live" have had studios in the same building since "All My Children's" move from New York City to near Los Angeles last year.

The accomplished actress is no stranger to soaps. Her father John Aniston has placed Victor Kiriakis on "Days of our Lives" since 1985. Aniston is best remembered for the role of Rachel Green on the 1994-2004 NBC sitcom "Friends." The role earned her several honors, including an Emmy, a Golden Globe Award, and a Screen Actors Guild Award. She has also appeared in films such as "Bruce Almighty," "Marley & Me," "He's Just Not That Into You," and "Along Came Polly," as well "Just Go With It," which co-stars Adam Sandler and was released in theaters on February 11.