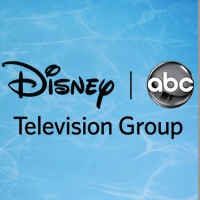 (SoapOperaNetwork.com) — The sky is falling at ABC Daytime! At least that's what published reports have fans thinking after news broke yesterday that ABC is about to make "major decisions" relating to its daytime lineup of "The View," "All My Children," "General Hospital" and "One Life to Live."

Daytime Confidential is reporting that ABC will be making a decision in the coming weeks regarding its daytime lineup in the wake of Oprah Winfrey's impending departure from the ABC O&O (Owned and Operated) stations across the country in September. The decision, which has been highly anticipated for sometime, is expected to cause "ripple effects throughout the ABC Daytime lineup" according to DC's sources.

"They have to make a decision by the end of the First Quarter 2011 in order to get one or more of the shows on the air by fall," said the source in the DC report. "Affiliates are getting antsy with Oprah leaving the airwaves with no clear cut successor. The decisions ABC will be making will have ripple effects throughout the ABC Daytime lineup and yes, the soaps will be affected."

In 2009 and again in 2010, news broke that ABC Media Productions (previously known as Buena Vista Television) was developing talk shows and reality programming for corporate parent Disney/ABC Television Group. ABC Media Productions, ABC Daytime and soon-to-depart SOAPnet are all overseen by Brian Frons, President, Daytime, Disney/ABC Television Group. The production company has produced "Southern Belles: Louisville" and "HoliDate" for SOAPnet, along with oversight of game show "Who Wants to Be A Millionaire?" which airs in national syndication.

In a November 2010 report, Los Angeles Times reporter Joe Flint published an article announcing that the production company had found the right man to co-host a daily talk show alongside Tori Spelling ("Beverly Hills, 90210"). That man was Jeff Lewis ("Flipping Out"). "In the test pilot show with Spelling last week, the two had good chemistry. The show, which is still in the development stage, wants to be a talk show version of 'Will & Grace,'" the report said at the time. When news initially broke, speculation went wild that ABC would be canceling one or more of its soaps this season and would replace them with this show, which has since gone nowhere beyond the initial pilot filmed in November. This same scenario played out in the Summer of 2009 when ABC Media Productions was developing a talk show for Aisha Tyler, but the key factor is whether or not these shows the company is developing are even targeted for the ABC Television Network itself. The production company after all has produced numerous hours of original programming for non-Disney cable networks including SyFy, TLC and TruTV. Last summer the company announced they were developing a half-hour reality show called "Ghost Town" and featuring well-known psychic Maureen Hancock as she goes "coast to coast calling up the past, seeing the future, and contacting spirits." That potential series was to be produced by "Ghost Whisperer" executive producers Kim Moses and Ian Sander. Nothing's been heard about the project since.

When pressed for comment, an ABC representative stated "there's nothing to comment on" and reminds us that the DC story is based on old news that has already been widely reported on, but with some new speculation added in.