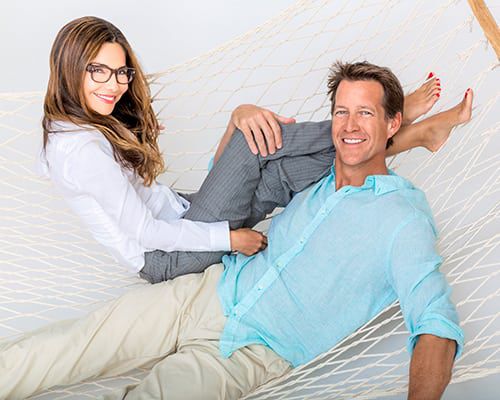 In an interview with Daytime Confidential, Terri Ivens (ex-Simone Torres, “All My Children”) revealed that she has joined the cast of the Sonia Blangiardo created online drama series “Tainted Dreams.”

“I play two characters. I play the soap character, Brittany, and then I play the actress playing Brittany, who is Cassandra. It should make for some very comedic moments, some deep or tangled webs. I don’t want to give storyline away, but I will say that from what I’ve been reading, the guy that plays my brother is my lover in real life,” Ivens previews. The online soap begins filming later this summer.

In addition to working on “Dreams,” Ivens is also getting ready to launch her very own radio show via the Universal Broadcasting Network (UBN). “We’ve got beautiful studio space that I’m very excited about. It will be a late night talk show, airing at 9 pm in L.A. and midnight in New York. It’s going to be called ‘Going to Bed With Terri Ivens!'[Laughs]”

For more on what Ivens has been up to since departing “AMC” in 2007, click here.