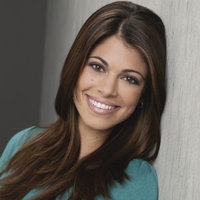 (SoapOperaNetwork) — Does mother know best in Pine Valley? Continuing in their efforts to build a formidable Hispanic presence, "All My Children" casts the Castillo family matriarch..

Elena Campbell-Martinez debuts on "All My Children" on Thursday, March 3. Campbell-Martinez will portray Leticia Castillo, the opinionated mother of Griffin (Jordi Vilasuso) and Cara (Lindsay Hartley) Castillo. At this time, the role is recurring.

The Mexican-American actress who started her acting career just twelve years ago is not new to the world of daytime drama. Campbell-Martinez started her daytime career on NBC's "Passions" in multiple minor roles from 2005 to 2007. She followed those appearances with small roles on both ABC's "General Hospital" and CBS' "The Bold and the Beautiful". The actress has also guest starred on several popular prime-time series including CBS' "The Big Bang Theory" and "Criminal Minds," ABC's "Brothers & Sisters" and Nickelodeon's "Zoey 101."