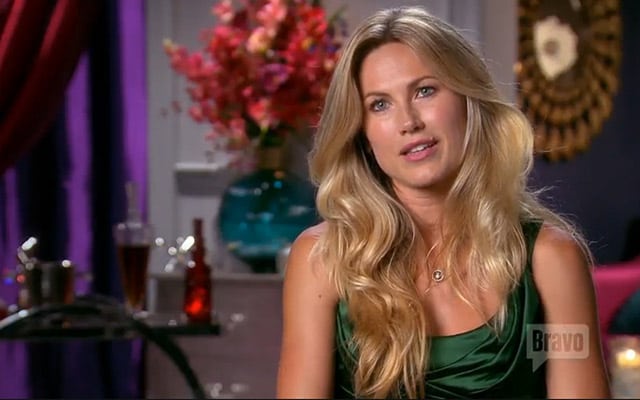 She portrayed Heather Stevens on CBS’ “The Young and the Restless” for three seasons (2007-2010), but these days actress Vail Bloom is living it up as a reality star in Bravo’s “Vanderpump Rules.”

Debuting in the Monday, December 15 episode, entitled “New Girl, Old Grudges,” Bloom joined the cast as a waitress interviewing for a job at SUR, which is a job title that’s become a running joke with staffers at the restaurant – it’s well known that bartender Jax Taylor has at this point slept with almost every waitress working at the establishment. Could Bloom be his next victim? If possibly hooking up with Jax wasn’t enough drama for Bloom, the former “Y&R” star revealed to “The Real Housewives of Beverly Hills” star and SUR owner, Lisa Vanderpump, that she once had a drug problem after Vanderpump warns her off from use of alcohol while working at SUR.

“I lucked out in my acting career,” said Bloom during her interlude interview (the segment in a reality series where personalities address the camera) before revealing to Vanderpump that she had a substance abuse problem in her life, but not from drinking. Bloom shared that she did the harder stuff, particularly drugs. “I was on ‘The Young and the Restless’ for just under three years and I was starting to get into this whole like… what seemed like the Hollywood lifestyle, and I was starting to get into a little bit of trouble with drugs,” said Bloom. Later she told Vanderpump, “Obviously, I’m doing well now. I meditate twice a day. I have myself together, but I certainly have a history.” During her interlude she said, “It just made the lows, really low.” Bloom then told Vanderpump, “I always have to be kind of onguard and not surround myself with people that [would take me down the wrong path]… I’m strong, but I don’t want to be subjecting myself to it all the time.”

In her final interlude interview while talking about her previous issues, Bloom said, “Everyone makes mistakes, it’s human [nature]. But I’m really happy to be past it. That’s just not how I want to go through life.”

Watch Bloom’s debut clip below, where she interviews with Lisa Vanderpump about why she’s decided to look for a job at SUR, considering she’s a Princeton grad, and make sure to watch “Vanderpump Rules” Mondays at 9:00 PM, ET/PT on Bravo.