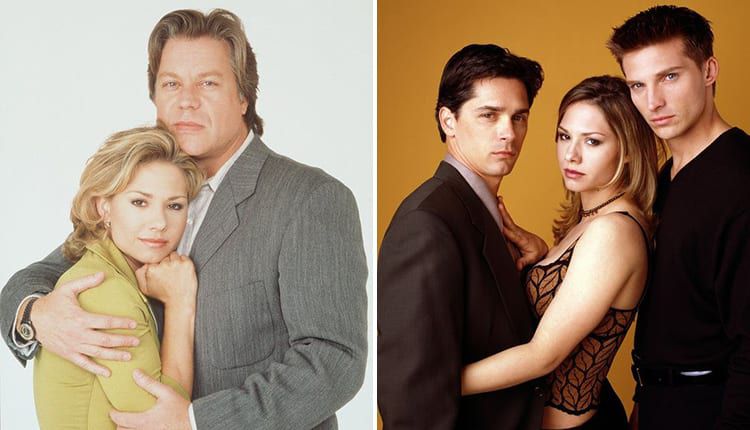 (SoapOperaNetwork.com) — A look at what’s happening on “One Life to Live” during the week of November 15, 2010.

James tries to comfort Starr.  A drunken Kelly leaves a number of embarrassing voicemail messages for Joey on Monday, November 15, which later leaves her horrified when she realizes what she’s done.  Kelly decides to go to London to see Joey in person, only to bump into Kevin instead.  Ford returns home to find his dad with a hooker.  Bo promises to make Eddie’s life miserable if he stays in Llanview.  Nora and Inez argue over Bo, who happens to walk in on the confrontation on Wednesday, November 17.  Langston confesses to Blair that she and Ford have been seeing one another again.  By Friday, November 19, Langston tells Ford that their future won’t include sex.  Blair flirts with Ford while he is on a date with Langston.  Todd watches as Greg is sentenced to prison.  And, after learning that Greg killed her mother, Destiny asks Téa to help her divorce her “parents.”

Echo admits to Rex and the entire crowd gathered at Todd and Téa’s party that she is his mother on Monday, November 15.  Shocked, Rex demands to know who his father is as well.  Echo, Charlie, and Clint all agree to have their DNA tested.  On Tuesday, November 16, Dorian thinks that Clint is Rex’s biological father and attempts to break into his secret drawer in order to get some proof.  Meanwhile, at the DNA clinic, Charlie and Echo share a warm moment while discussing Rex, who suddenly decides he doesn’t want to get tested himself.  However, he soon changes his mind and has a test performed, along with the others.  While snooping through Clint’s desk on Wednesday, November 17, Dorian trips an alarm and is caught red-handed by Matthew.  After worming her way out of a tight spot, Dorian meets up with Viki.  Putting their heads together, the two women quickly realize that Clint forged the Rick/Lili letters and sent Rex on a dead end on Thursday, November 18.  Across town, Clint obtains a key card for the gentics lab where the test is bing conducted. Rex and Gigi patch things up, and finally have sex on Friday, November 19.  Viki confronts Clint with Dorian’s assumption that his having half of the necklace indicates that he is really Rex’s father.  Echo nearly confesses the truth to Charlie.  Viki returns the other half of the necklace to Echo.  Clint gives one of his employees two specific orders, and later joins Viki, Charlie, Echo, and Rex as the DNA test results are about to be announced.

Marty gets proof regarding why Natalie had a DNA test performed, and decides to pay Jessica a visit on Tuesday, November 16.  Vivian tells Natalie that Marty has stolen her amino records.  At the same time, Marty impersonates Natalie while calling the DNA lab and considers showing Brody’s psychiartic records to Jessica.  By Wednesday, November 17, Brody realizes Marty knows the truth and threatens to get her fired if she doesn’t keep her big mouth shut.  John gives Blair a mysterious box Eli left for her.  Brody tells Natalie that he thinks he was able to convince Marty to back off on Friday, November 19.  Meanwhile, Marty’s day goes from bad to worse when Todd presents her with a document asking her to give up her rights to Hope.  And Jessica and Brody open the results of their DNA test, as does Natalie.