(SoapOperaNetwork.com) — A look at what’s happening on “General Hospital” during the week of November 8, 2010.

On Monday, November 8, Matt comforts Maxie as she mourns the loss of the home she shared with Georgie. Brenda makes a request of Jason on Spinelli’s behalf. Ethan blows Luke’s cover. On Tuesday, November 9, Luke manages to make lemonade out of lemons. Luke, Tracy, Ethan and Maya wake up in Vegas with the mother of all hangovers. Lucky and Siobhan erupt into lovemaking in the wake of her rescue. Siobhan asserts her independence to a confounded Lucky on Wednesday, November 10. Maxie doesn’t like what she sees. Nikolas works to inch closer to his brother. Sonny learns just how much Claire has sacrificed for him. After discussing her own mistakes with Jax, Alexis confronts Claire about what she’s doing to herself. Sonny breaks up with Claire for her own good on Friday, November 12.

The Inside Story: Love & Marriage
Patrick reaches out to comfort Robin on Monday, November 8. Robin learns how serious her condition is. Nikolas begins to believe Lisa is telling the truth for once. Robin pushes Patrick away and ponders if she even wants to invest anymore time trying to fix what’s brokern. Maxie advises Robin to really think about what she’s doing. Lisa is exonerated in the Scorpio fire much to Robin’s chagrin. On Thursday, November 11, Robin’s nightmare turns all to real for Robin who wakes up to Lisa standing over her with a syringe. Robin accuses Lisa of trying to harm her again. Steve investigates the situation and deduces the syringe was full of arthritis medication for the patient next door. An upset Lisa calls for Robin’s termination from the hospital. Lisa tries to lure Patrick to Jake’s under the guise of reconciliation.

A Closer Look: Buried Secrets
Jason and Dante put their plan in motion. Dante shoots at the henchmen returning Siobhan without waiting for Jason’s order. Lucky frees Siobhan. Lulu wants to know what Dante’s connection to Brenda is. Brenda finally tells Jason the truth on Tuesday, November 9. Dante remains calm when Jason confronts him about his secret. Jason and Dante worry that their may never be an end to the Balkan’s threat to Brenda. Jax and Olivia confront Carly and Johnny about their plotting. Dante admits to Michael that he lied to Lulu about his past with Brenda. Brenda gives Lulu some advice after realizing how insecure she is about Dante. Jason assures Brenda he’ll keep her secret, even from Sonny. Carly meets with a witness who confirms that Dante and Brenda had a sexual relationship. On Friday, November 12, Brenda and Dante meet secretly to discuss their past. 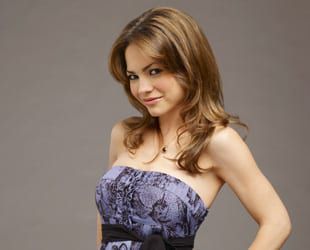