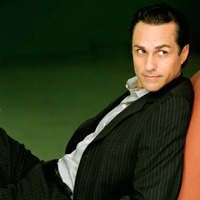 (SoapOperaNetwork.com) — A look at what’s happening on “General Hospital” during the week of November 22, 2010.

On Monday, November 22, Luke takes Carly aside to discuss her plans for Lulu. Dante and Lulu make time for romance. Claire explains to Alexis and Diane that she wants to join forces with them on Tuesday, November 23. Spinelli and Maxie create some magic for Jason and Sam. Molly then joins Sam, Robin and Maxie to work some magic on Alexis and Mac. On Wednesday, November 24, the Spencer’s begin arriving at the Quartermaine mansion for Thanksgiving festivities much to Edward’s chagrin. Edward lightens up when he meets Siobhan and Michael arrives with Dante. Tracy is moved by Luke’s gesture. “GH” will air an encore presentation on Thursday, November 25. On Friday, November 26, the ABC Daytime lineup takes a holiday break.

The Inside Story: Love
On Monday, November 22, Brenda and Sonny’s passion for each other erupts into a passionate kiss. Robin and Jason, meanwhile, discuss their hopes for the star-crossed lovers. Sonny asks Brenda to give them another chance at love. Afraid to do so, Brenda pulls away from Sonny. Sonny gets through to Brenda who opens up to him about some of the secrets from her past on Tuesday, November 23. Brenda agrees to go out on a date with Sonny.

A Closer Look: Marriage
Lisa is let off the hook. Matt and Patrick suspect Maxie of framing Lisa. Johnny holds his knowledge about the syringe over Lisa’s head. On Tuesday, November 23, Lisa tries to work Johnny … unsuccessfully. Maxie bristles at Matt for casting doubt on her story. Patrick and Robin inch closer. Matt’s frankness further dissipates the distance between the beleaguered pair. Robin, Patrick and Emma share Thanksgiving together at the hospital on Wednesday, November 24.