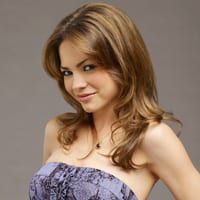 IT HAPPENED TODAY (Encore Presentation of the July 21, 2010 Episode)…

Rex and Kelly decide to investigate the Bennett Thompsons lead in Boston. Gigi is accepted to LU.

Todd and Téa tell Dani they’re getting married and she congratulates them. Todd and Téa make love and she tells him she’s glad he is there for her. Dani talks to Greg about a possible cure for cancer she found on the internet.

Viki and Charlie agree their plan to put Dorian and David back together backfired. They decide to avoid them by taking a vacation and head off to the Caribbean.