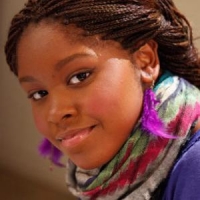 (SoapOperaNetwork.com) — Could Destiny Evans (Shenell Edmonds) be carrying a comatose Matthew Buchanan’s (Eddie Alderson) baby? That’s the topic up for discussion on “One Life’s” latest online video blog hosted by Edmonds and her cast mate Kristen Alderson (Starr), whose character experienced her own teen pregnancy storyline in 2008.

According to a spokesperson for the soap, Alderson will soon be drawn into the storyline when “Starr becomes a voice for reason for Destiny, who recently shared her first sexual experience with Matthew, as Starr wonders if she could be pregnant.” The blog was launched on Friday, June 10.

“ABC Daytime has a long history of entertaining while informing, using the strong foundation of a core characters to take the audience on an emotional journey while prompting discussion among our viewers. With the support of the National Campaign to Prevent Teen and Unplanned Pregnancy, OLTL’s 2008 teen pregnancy story explored 16-year-old Starr Manning’s first sexual experience and resulting pregnancy. ABC Daytime first partnered with The National Campaign in 1998 for the telling of Jessica’s story on OLTL and again for Lulu’s pregnancy on ‘General Hospital,'” states a press release.

The baby drama begins to heat up the week of June 13 when Starr has a few questions to Destiny about her recent rendezvous with Matthew.

You can watch the video blog below: