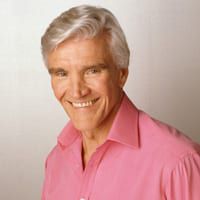 (SoapOperaNetwork.com) Desperate to hold on…

On Monday, August 30, Skye and Jack get down to business. On the same day, Skye's 'bitter' half, Adam gets a tongue lashing from Ashley in terms of being named in his lawsuit against the Newmans and the Abbotts. Nikki has a startling dream, Tuesday, August 31. Billy finds himself having a 'heart-to-heart' with John.

The Inside Story:Unwilling to Let Go
Still stunned by Kevin turning his back on her, Jana finds herself losing her cool when she spots him and Chloe on the cover of the current issue of Restless Style. Seeing how hurt Jana is, Choloe offers up some out of the blue comfort to her. She further eases Jana's mind when she tells her that she and Kevin are not in a relationship. Later that day, Kevin finds Jana and presents her with the divorce papers, requesting that she sign them. An upset and distraught Jana tries her best to get Kevin to see that they belong together. Unfazed, Kevin points out that they have to end their relationship; it's the best for the both of them. He signs the papers and leaves them behind for her to sign. Determined not to lose Kevin, Jana decides that she will do whatever it takes to get Kevin to fall in love with her again. That same day, Jana goes in search of a new job.

A Closer Look:Throwing Stones
Taking Faith to the park, Sharon runs into Phyllis. Ready to start in on her, Phyllis begins to attack her regarding Nicholas. As the two are arguing, Phyllis relishes in tossing out that Nicholas was kissing another 'blonde' at Jimmy's Bar. The news instantly hits a nerve with Sharon. Meanwhile, Jill decides to wedge her way into the Fenmore company by setting up an office at the main headquarters. Still fuming over the fact that Nicholas has moved Sharon into the tack house, the wheels start turning for Phyllis. She later overhears Nikki and Ashley going at it with one another, then later overhears another argument between Heather and Chloe. After hearing both heated exchanges, Phyllis continues to think on what to do with the little tibits of information. Soon after her argument with Heather, Chloe runs into Phyllis and opens up about how hurt she is by what Chance has done. Phyllis gives her advice on how to stop wallowing in her pity and start to take charge of what she wants. That same day, Phyllis soon finds herself seeing Jill and Lauren arguing with one another. Leaving the scene, Phyllis sits down at her computer and begins writing her blog The Realy Homewreckers of Genoa City. As more bickering and insults are going around, word soon gets out about the juicy gossip on the net. As the women are arriving at the Jabot spa day celebration, they are none-to-pleased to see Phyllis or learn that it was she that started the blog about their personal problems. Unfortunately for all discussed, Phyllis could care less about what she's done.