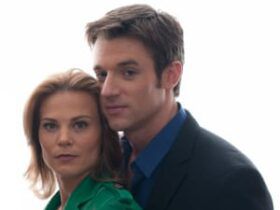 Ford tells John about his past with Eli. John takes this new information along with the photo that Natalie pieced together to Bo and Nora. Unaware of Fords connection to Eli, Inez calls him to help her son.

Jessica learns from the doctor that she can have a paternity test soon. Dorian’s initial delight about Langston bringing James to her wedding turns to horror when Starr spills that James is Ford’s brother. Starr and Cole have a tense time when Cole reveals Hannah’s innocence and Starr reveals Langston’s date with James.

David spies Inez and Bo working and warns Nora. David asks Bo to be his best man and he accepts.