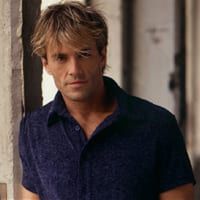 Carly asks Luke for a bargaining chip with the Zaccharas.

Ethan and Ewen discuss Cassandra and who she could be, as she looks on in hiding. Helena is waiting at Wyndemere.

Johnny makes a strange demand on Steve Webber. Olivia spins out to Dante, and later does Steve still have feelings for Maggie?

As Maxie fearfully works with Anthony on the nuptials, Lulu questions Tracy on her engagement to the Zacchara mob boss. Tracy is threatened.