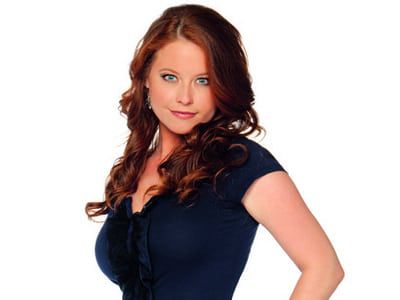 (SoapOperaNetwork.com) — A look at what’s happening on “All My Children” during the week of August 30, 2010.

JR and Scott disagree over business. Marissa and JR come clean with AJ. Scott questions JR’s priorities on Tuesday, August 31. Annie is unsettled when it appears JR is giving her exactly what she says she wants. Asher tenses up when Colby alludes to their couple potential. JR contemplates Asher’s request. Caleb asks Krystal to attend Palmer’s party with him. Tad and Opal are wary of Krystal’s relationship with Mr. Cooney. On Friday, September 3, Caleb Cortlandt impresses his party guests.

The Inside Story: Time to Say Goodnight
Ryan apologizes to Madison for his preoccupation with Greenlee’s situation. Madison offers Greenlee her full support of Ryan’s involvement after an unsettling encounter with David on Monday, August 30. Positive she’s coming around, David contemplates destroying the incriminating evidence he has against Greenlee. Greenlee and Ryan map out a plan after Greenlee locates the key Liza gave to David. David realizes all is not as it appears on Wednesday, September 1. Kendall questions what Ryan will do about his feelings for Greenlee once she’s free from David. David and Greenlee attempt to outwit each other. Ryan is unable to keep his promise to Madison in his fervor to help Greenlee. Madison drowns her sorrows at Caleb’s party. Ryan sneaks into Liza’s office looking for the incriminating files. David makes it clear to Greenlee that Ryan will pay the price if she doesn’t get him to back off. Greenlee abruptly cuts her ties with Ryan who confronts David. Ryan and David brawl. On Friday, September 3, a staggering David interrupts Caleb’s speech, collapsing right in front of all of Pine Valley.

A Closer Look: Fighting Chance
Angie makes a decision after realizing Jake is only taking the COS position for her sake. While visiting Miranda, Angie becomes visually disoriented. On Tuesday, August 31, Angie tells Caleb that she smells smoke when he returns to Wildwind. Caleb rescues an unconscious Miranda from her room. Bianca learns Miranda will be just fine. Jesse offers Angie his support as she contemplates leaving medicine. Despite experiencing a long, blind episode, a determined Angie shows up at Caleb’s party on Thursday, September 2. Once there, David antagonizes Angie, claiming that he’s ensured that her career will come to an end.