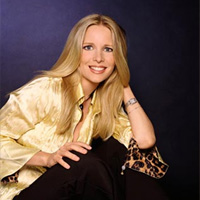 Chance finds himself in a bind when Ronan let's him know what he's heard in his apartment, Monday, July 19th. That same day Chloe hits a nerve with Billy when she points out that he's jealous. Abby uses her uncle to her advantage and Phyllis advises Daniel to be careful where the young woman is concerned. Friday, July 23rd, Adam could find his freedom slipping away from him; and Chloe provides a shoulder for Chace to lean on when he finds himself in trouble.

The Inside Story:Home for a Reason
Word quickly spreads about Christine's return to Genoa City. While visiting, Katherine and Christine have a heart-to-heart; one where she asks if Christine can really handle Paul being with Nina. Christine immediately points out that she in no way feels threatened by their relationshhip, but Katherine tells her that she's lying. As Chris departs, Katherine later has a similar conversation with Nina in hopes to ease her mind on Christine's sudden return. Later that day, Christine makes a kryptic telephone call and reports that she must do whatever she can to protect the person she came back to town for.

A Closer Look:Starting Over Again
A flabbergasted Nikki is stunned that Victor wants to make her his wife again. Victor is waiting for Nikki's answer when they are interrupted by Meggie. Nikki, still unsure about the proposal, asks Victor to give her time to decide; to which he agrees to. Nikki departs and finds herself heading over to see Katherine. When she tells Kay the news, she instantly advises Nikki to say no to Victor's proposal, fearing that he'll only hurt her again. When Nikki tells her how much she loves Victor and wants to start over with him, Katherine relents and tells her close friend to follow what her heart tells her. When Nikki returns back to the Newman ranch, Victor surprises her with a foal and expresses just how much he loves and needs her. Nikki gives Victor her answer.