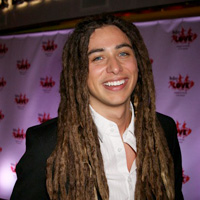 (SoapOperaNetwork.com) — Jason Castro is set to appear on CBS' "The Bold and the Beautiful" at the end of this month when he shares scenes with "B&B" actors Sarah Joy Brown (Agnes Jones), Zack Conroy (Oliver Jones) and Kimberly Matula (Hope Logan).

The "American Idol" contestant will play himself when he makes his soap debut on the Thursday, July 29 episode of "B&B." Look for the singer to perform the song "Love Uncompromised" off of his self-titled debut album Jason Castro. The album was released in April 2010.