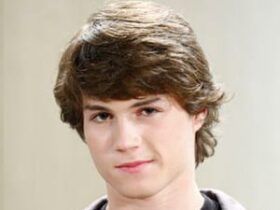 Todd finds Eli at the docks and they have a stand-off with guns. Todd shoots and injures Eli, but he gets away. Todd pulls Ross out of the river just as Dani shows up.

Starr finds a bloody Eli in her apartment.

Cole pulls back from his kiss with Hannah, realizing that he loves Starr. John questions Nate about Dani’s whereabouts.

Charlie confronts Echo on why she’s in town and she assures him she has no ulterior motives when it comes to Viki.

Inez tells Ford that Clint is going to help him get his job back at the university. Ford wonders what Clint wants in return and goes to Clint to find out more.