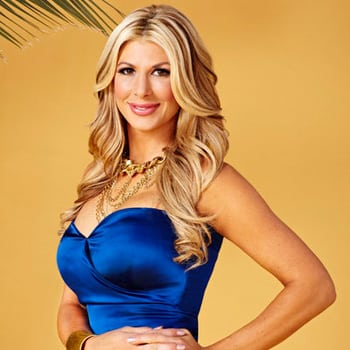 (SoapOperaNetwork.com) — “The Real Housewives of Orange County” star Alexis Bellino tweeted earlier this evening that she had been brought in for a cameo appearance on ABC’s “General Hospital.”

The sometime’s actress first alluded to her appearance on a daytime soap opera when she said, “I’ve been keeping a secret but SO excited cuz I’m in LA for an acting role on a popular soap & I get to share it w/ all of you today!” She would later follow up the tweet by saying, “Guess what?! I just arrived on set of General Hospital for my 1st cameo appearance! EXCITING! I can’t tell details yet but I will soon!” Her tweet was re-tweeted by “GH” executive producer Frank Valentini.

Bellino revealed that she had been welcomed back by “General Hospital” after reportedly doing a good job today:

Yeeheee! Leaving General Hospital set now and they said they’ll be having me back! Are you kidding?! OMGosh! SO much fun! TYJ!!!

Per her Twitter posting, Bellino will first air on Wednesday, May 9, 2012.