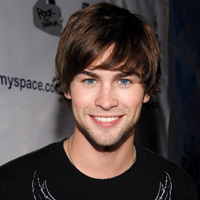 TMZ.com is reporting that Chace Crawford, who currently stars on the CW series “Gossip Girl,” was busted early this morning in Plano, Texas for possession of marijuana under 2 ounces.

It is understood that the actor was in a car with a friend in the Ringo’s Pub parking lot when they were discovered by police.

Crawford was charged with a misdemeanor.