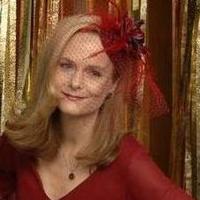 Schuyler holds Mitch hostage in the Statesville infirmary and injects him with a drug that will eventually stop his heart. Schuyler threatens to let Mitch die, saying he won’t administer the antidote until Mitch calls Allison and has her bring Sierra Rose to him. Mitch follows Schuyler’s orders when he begins to feel the effects of the drug. Allison arrives at Statesville with the baby and against his better judgment, Bo does as Schuyler asks and lets her and Sierra Rose into the infirmary.

Fish finds Roxy and Kyle and releases them. Before taking off to search for Allison, Fish reads the results of the DNA test to find out whether or not he’s Sierra Rose’s father.

Marty fears she’s having a miscarriage when she regains consciousness after having fainted. John stays by Marty’s side as the paramedics carry her off.

Although hating to do so, Starr lies to Markko and doesn’t tell him about Langston and Ford. Langston panics when Markko mentions that Hannah accused Ford of sleeping with Langston but he dismisses it as just something a jilted Hannah made up.