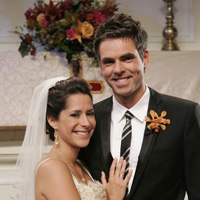 (SoapOperaNetwork.com) — A wedding to remember begins and ends with a twist.

A Closer Look: The New Tracy and Edward

You know a show is recycling storylines when the Quartermaine family story arcs are being used to further Zacchara family drama. 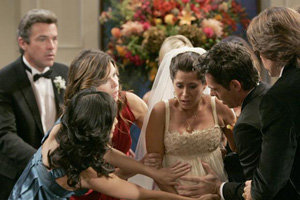 The Inside Story: Robin and Patrick Getting Married

As the countdown begins for the nuptials of Robin Scorpio and Patrick Drake, friends and family gather together to make sure things go off with out a hitch, the only problem is you can’t control human nature.