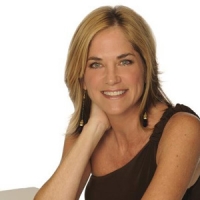 (SoapOperaNetwork.com) — The recently cancelled ABC soap “One Life to Live” does what it does best again this week, by taking a tongue-in-check approach in addressing its own impending demise. Tuesday’s (May 24) episode begins with Blair Cramer (Kassie DePaiva) reciting a few bars from the show’s 1986-91 “Tour of Llanview” opening theme song, which has arguably become one of the show’s most revered openings among fans, only to stop midway through the Paebo Bryson theme to remark that it was “too sad” to continue. This comes in light of last month’s cancellation of the show by ABC.

DePaiva last sung that particular theme during “One Life’s” three-day “Starr X’d Lovers” musical event in 2010, when it served as a temporary opening for the show. Mark Lawson (Brody), Brittany Underwood (ex-Langston) and Jason Tam (ex-Markko) also recorded versions of the theme at that time, all of which are available for purchase on iTunes.

However, this hasn’t been the only hint of acknowledgement by the soap regarding its cancellation. In recent scenes with local TV reporter Blanca Morales (Carolina Bermudez), Bo and Nora Buchanan (Robert S. Woods and Hillary B. Smith) discussed ratings, unhappy sponsors, and Emmys with the scoop-hungry journalist who went after their family.

But this approach isn’t new to “OLTL.” Earlier this year, writers worked in several onscreen references to former cast mate Nathan Fillion‘s (ex-Joey Buchanan) ABC primetime drama “Castle.” And in 2009 the show used a picture of the late Clint Ritchie (ex-Clint Buchanan, a role now played by Jerry verDorn) in scenes where Viki (Erika Slezak) was telling Noelle (January LaVoy) about each of her ex-husbands, noting that Clint “was a different man back then.”

So, as you watch Tuesday’s episode remember that “Here’s what you do when you don’t find the rainbow’s end, This time… Here’s where you go when it looks like the rain won’t end, Don’t cry… I’ll give you tomorrow, Let me be the one you share it with, And each day that follows, ‘Cause we only have ‘ONE LIFE TO LIVE!'”