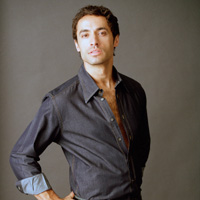 (SoapOperaNetwork.com) — Kamar de los Reyes confesses that “it is time to say good-bye” to “One Life to Live.”

After nearly a decade on “OLTL” portraying gang leader turned police detective Antonio Vega, actor Kamar de los Reyes has decided not to renew his contract with the long running daytime drama, claiming that “Antonio is longer the central figure I believe he deserves to be,” and that “over the years, he has become less and less valued.” While admitting that Antonio’s time on the sidelines is likely not intentional on the soap’s part, de los Reyes does admit “I believe that there is a cut-off point for characters…and I think it may be time to say goodbye.” De los Reyes originated the role of Antonio Vega in 1995. He would leave Llanview in 1997, only to return briefly the following year. In February 2000, he returned full-time to “OLTL.” Fellow actor Robert Montano briefly stepped in to the role of Antonio for seven episodes in May 2007 while de los Reyes recuperated following an injury he suffered while filming on the set of “OLTL.” Look for de los Reyes to last air in late January; he wraps up taping on January 5th. “One Life to Live” air Weekdays on ABC. Weeknights on SOAPnet. Check local listings.
Scotty Gore